By LocalConcept November 22, 2016 blogpost No Comments

The number of people studying Mandarin Chinese has increased significantly in recent years. While the goal of most students is to be fluent in Chinese and communicate with native speakers, a few of them dare to immerse themselves in the intricate arts of writing and calligraphy. Chinese is undoubtedly a difficult language to speak, but it is an even more challenging language to write. Despite the diversity of accents in the different regions of China and Taiwan, Mandarin Chinese does not differ greatly when spoken. Conversely, written Chinese is clearly divided into two different systems: Traditional —used in Taiwan, Hong Kong and Macau— and Simplified —used in mainland China, Singapore and parts of Malaysia. If you want to check out a version of this article in Traditional Chinese, click here.

Throughout history, Traditional Chinese was the only writing system existing in all regions of China. After the establishment of the People’s Republic of China in 1949, character simplification was developed and implemented in the mainland. This new system would significantly reduce the number of strokes necessary to write the majority of Chinese characters. By simplifying writing and making characters easier to study, the government intended to facilitate and promote literacy amongst the uneducated masses. In the mid-1960s, Simplified Chinese became the official writing system of Mainland China. 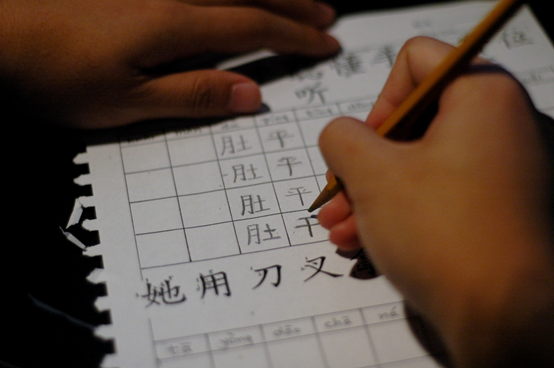 Thus far, the simplification of characters has not followed a specific set of rules. In fact, there is certain freedom in the creation of reduced characters, with different versions of one same character circulating among the people. Nevertheless, many characters did experience a transformation that seemed to follow similar patterns of simplification. The most common methods were the speed-writing calligraphy style and the reduction process:

The speed-writing calligraphy style. For the most part, the main shape and structure of the original —traditional— character remains unchanged, but with fewer strokes. Similarly as the calligraphy resulting from speed-writing when taking notes, some strokes of the pencil or brush are skipped in the process. For instance, the traditional writing for the word “car” (車 che) becomes 车 (che) in simplified. Similarly, the character for “door” (門 men) developed into the simplified 门 (men). This rule is considered the most intuitive and straight-forward. 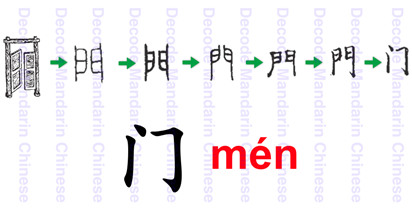 Reduction of elements. Many characters contain what is known as “radical” —a graphical component that can usually be found on a side, above or below the main body of the character. For instance, the traditional character for “noodle” (麵 mian) is formed by the radical 麥 (mai), meaning “wheat”, and 面 (mian), which provides a phonetic element to the character. Which element of the character is eliminated for the simplification? The explanation is simple: Chinese people learn to speak the language at an early age, but they don’t necessarily know how to write it. In order to help them study characters faster, the component chosen to remain in the simplified version is the phonetic element, 面 in this case, used as a single independent character.

The evolution of calligraphy and the connection between traditional and simplified characters are both fascinating. Traditional writing may seem more complicated, but the characters preserve the meaning and history behind each stroke. The easier approach of simplified writing encourages those learning the language, but often lacks the radicals that provide meaning to a word. Students can’t look at the components of a character to remember the meaning, and instead need to resort to memorization. Both traditional and simplified Mandarin characters have advantages and disadvantages for the students of this language. In the end, it all depends on your own learning goals and preferences! 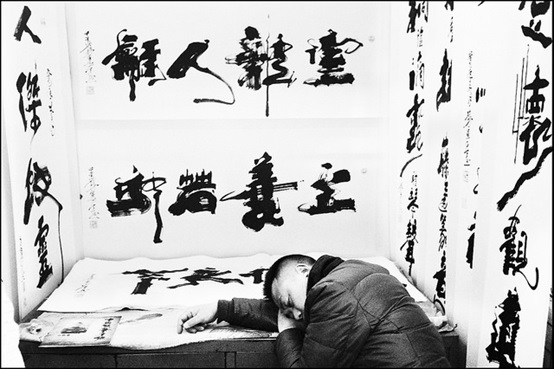