Taiwan: a Bridge to East-Asian markets

Eight years ago, Local Concept kick-started its global expansion by opening a Branch- office, and has maintained a strong presence in the region. In Asia, Taiwan is known for its developed economy, consolidating democracy, and equal society. It is also the home of globally recognized technology brands like Acer, Asus and HTC. Unfortunately, many people in the West are unable to pinpoint Taiwan’s geographic location, predominant industry, or even the main languages spoken. Taiwan remains a largely unknown destination that is often overshadowed by its neighbors —China, Japan and Korea. And yet, Taiwan possesses qualities that make it a perfect destination for business, commerce, and even tourism.

Local Concept-Taipei offers you 4 reasons why Taiwan should be considered the bridge that introduces Western businesses into East Asia.

The island is located between major business hubs like Tokyo, Shanghai and Hong Kong, and the emerging markets in Southeast Asia. Taoyuan International Airport is the largest airport of Taiwan, and the main international hub for China Airlines and EVA Air connecting to Australia, the United States and Europe. Taiwan allows a great number of nationalities to visit the island for up to 90 days without a visa, thus facilitating the flow of travelers, visitors and business people that want to eliminate visa requirements from their tight travel schedules.

Thanks to the modern, convenient and efficient High Speed Rail, it is now possible to travel from north to south of the island in as little as 96 minutes —a journey that, by bus, would take up to 6 hours. Business people can visit their factories in the south during the day and go back to Taipei in time to enjoy a great dinner in the city. Convenience, after all, is Taiwan’s number one priority.

Taiwan is an island of cultural contrasts. Colonized by many throughout the centuries —the Dutch, the Spaniard, the Japanese and the Chinese— Taiwan has a genuine Western feeling that foreigners won’t find in other parts of Asia. Taiwanese people are fascinated by American culture, and yet preserve Chinese culture, traditions and religion more purely than in Mainland China. Buddhist and Taoist temples are found in every corner of the city, and it is common to see people of all ages praying and making offerings to the gods outside houses, shops and even in their workplaces.

Mandarin Chinese is Taiwan’s official language, and it is nowadays considered the native language of most people. The majority of Taiwanese people are in fact bilingual, as the native Taiwanese Hokkien (also known as Taiwanese Minnan) is widely spoken all throughout the island. In addition, Taiwanese are considered substantially more fluent in English than their Japanese, Korean and Chinese neighbors.

The cultural and linguistic exposure to the West is a valuable asset for Taiwan. The island has now taken over the role of the Bridge to enter the Chinese and other neighboring markets, acting as a gateway to Asia for Westerners that wish to eliminate cultural shock, potential legal obstacles and communication problems.

The socioeconomic development of Taiwan in the 1970s and 1980s resulted in the establishment of a strong, well-educated and equal middle-class, as well as the development of quality infrastructure and resources. Nowadays, transportation in Taiwan is outstandingly convenient and affordable; rent is —at least for American and European standards— reasonably priced; and other services such as food and entertainment are at the level of the most developed countries in the region. Not only that, but also considering how highly educated and qualified Taiwanese workers are, the cost of human resources in Taiwan is arguably lower than in other countries in Asia. Overall, Taiwan maintains a desirable balance of quality resources at affordable prices.

The sociocultural context of a country can also be a deciding factor for companies looking to settle in a different region. Taiwan charms foreigners with its rich culture, stunning landscapes, convenience and safety.

Taiwanese are inherently friendly people. Even with language barriers, the islanders will always go out of their way to help you and make you feel welcome. Their organized mentality reflects all aspects of life, from the surprisingly efficient government agencies, to the perfect lines formed for any occasion —waiting for the train, to sample food in the night markets, or for the opening of the latest department store.

Taiwan is also a foodie country. For Taiwanese people, tasting new foods and trying new restaurants is a main social activity. Whether it is one of the many night markets on the island, a new hip Western restaurant, or a local noodle shop, the culinary experience of Taiwan is as multicultural as the island.

Despite not being a main tourist destination in Asia, Taiwan should be considered an ideal destination for your visit. In a week’s time, tourists can visit skyscrapers like the Taipei 101, and take a hike in the stunning natural parks and mountain areas; blend with the locals in the bustling night markets of the city or enjoy the solitude of the scarcely populated beaches of the East coast; visit temples, pagodas, take a dip in the hot springs, shop the fish markets and shopping malls; drink tea, sing in a karaoke room, or drink rice wine with aboriginal people.

On top of all that, Taiwan is one of the safest places in the world. According to the Economist’s Safe Cities Index of 2015, Taipei ranked 13th in overall security, and was the 5th safest country in the world in personal security.

For some, Taiwan is just that place where childhood toys were made and for others it is a minor tourist destination in Asia. However, for the great international community living here and businesses like Local Concept that chose this island as their home in Asia, Taiwan is neither of those. Taiwan is Taiwanderful. 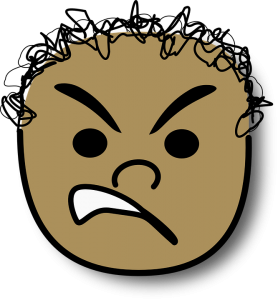 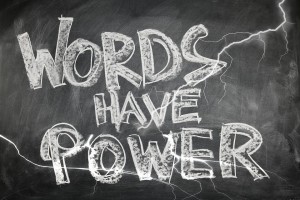 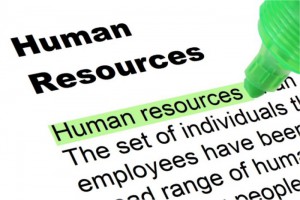 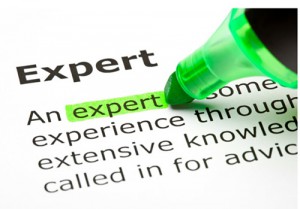 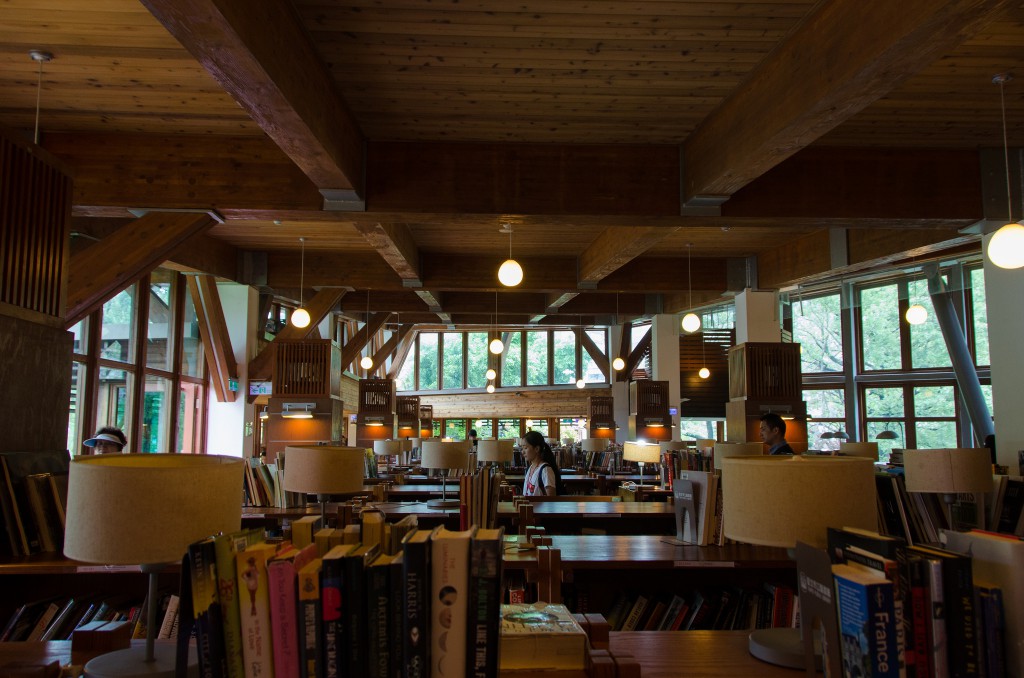 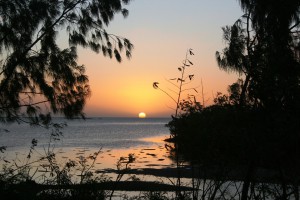 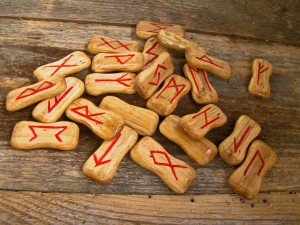 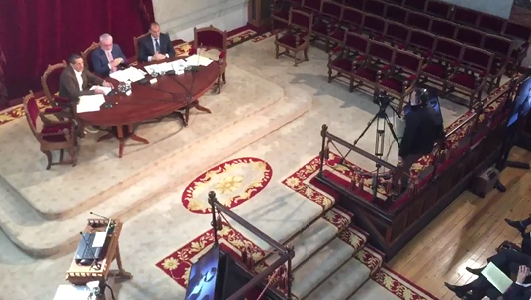 People in different regions use various names to refer to this festival. In addition to its official English name of “Dragon Boat Festival”, in Mandarin-speaking China and Taiwan it is known as Duanwu Festival (端午节 or 端午節, in simplified and traditional Chinese respectively). Other names used to designate this holiday include “Poet’s Day”—in reference to the famous poet Qu Yuan, said to have died on this day—, “Fifth Month Festival”, and “Fifth Day Festival”.

Among all traditional Chinese festivals, the Dragon Boat Festival has the longest history. It thus comes as no surprise that there are many different versions and stories about its origin, which remains largely unclear.

The most popular theory holds that this festivity commemorates the death of the famous poet Qu Yuan. A wise poet, scholar and patriot, Qu Yuan cared deeply about the motherland and his fellow countrymen. Upon hearing the news of the invasion of the state capital, Qu Yuan committed suicide by drowning himself into the Miluo River (in modern Hunan, China) on the 5th day of 5th month. According to the legend, when the local people learned about his fate, they all went to his rescue. Dragon boats were built and sent out to the river and, to prevent fishes in the water from eating Qu Yuan’s body, villagers made zongzi and used it to feed the fish.

Undoubtedly, Qu Yuan’s is the most widespread and appealing legend; nonetheless, other stories have also been used to explain the origins of this festivity. For instance, some consider that this festival celebrates driving plague and diseases away from people, while others regard it as an occasion for ancient people to worship Chinese dragons.

Eating zongzi and racing dragon boats are the two most widespread activities that continue down to the present day.

-The art of zongzi 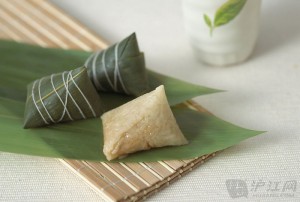 Zongzi is a traditional Chinese food made of glutinous rice wrapped in bamboo, corn or reed leaves with fillings of meat, peanuts, eggs and virtually anything you may think of. Since they can be stuffed with a great diversity of foods, they are also known as “rice dumplings”. For those in the American continent, this Asian treat is sometimes known as “Chinese tamales”, for its similarity to the famous Mesoamerican dish tamal.

Zongzi come in various styles, shapes, flavors, and ingredients. Some people enjoy eating sweet zongzi, which can be plain or with sweet red beans incorporated into the rice; others, prefer the savory zongzi filled with meat, salted egg yolk and mushroom. Zongzi styles vary from North to South, and East to West. Even in one same city, people living in opposite sides of the city may have a completely different preference for zongzi.

Preparing zongzi is as much part of the tradition as consuming them. Unfortunately, in nowadays fast-paced and ultra-convenient Asia, only families with elder members prepare homemade zongzi. The majority of young people conveniently buys them at the supermarket or local store. 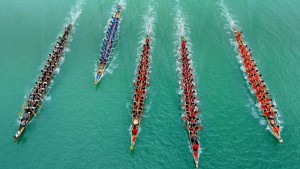 Dragon boats are human-powered canoe-style boats in the shape of Chinese dragons, or at least with decorative dragon heads and tails. A boat usually has a team of about 20 paddlers and a drummer. The paddlers sit in pairs facing the front, while the drummer sits at the bow facing the paddlers. The drummer leads the entire team throughout a race by producing rhythmic drum beats. The paddlers paddle harmoniously at a pace set by the drummer, trying to make their strokes in unison to achieve greater acceleration and speed.

-And many more traditions

There are also some other traditions for this festivity, including hanging certain oriental plants on the front door, drinking medicinal concoctions, hanging portraits of the mythological figure Zhong Kui, and the tradition known as “egg-standing”—making eggs stand up on their ends at exactly noon. The former three rituals are all believed to keep evils away and bring peace.

Nowadays, the Dragon Boat Festival, as one of the three major traditional festivals both in mainland China and Taiwan, is not just a festival to commemorate a poet or a way to worship Chinese dragons, but a great chance for families to get together and enjoy delicious food. 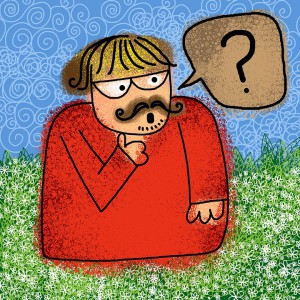