Paid Vacations Vary Depending on the Country in Which You Live

By LocalConcept June 16, 2015 blogpost No Comments 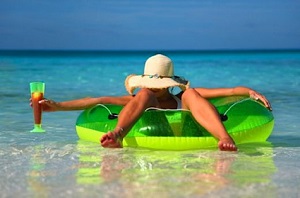 Working in the U.S. means that you will have less paid vacations than most countries in the world. U.S. employees receive an average of 13 days paid vacation. Workers in Italy on the other hand are entitled to the EU mandated four weeks of vacation, equal to 20 vacation days, each year. In addition, Italy has 10 national paid holidays. Workers in the European Union are legally guaranteed at least 20 paid vacation days per year, with 25 and even 30 or more days in some countries.

Wait, it just gets worse.

A 2009 survey from Expedia showed that a third of the U.S. workforce does not use their allotted vacation time. The survey provided several reasons. Some employees prefer to cash in their vacation time, while others find it impossible to coordinate their vacations with their partners. Another reason stated, which you’re probably not going to believe, is that one in five Americans cancel their vacation plans due to work.

Where is the disconnect between enjoyment of life and work? In most countries, time off is decided at the legislative rather than the employer level. It is ingrained in the culture that it is okay, and even, encouraged, to take vacations.

There are other reasons aside from legislation why Americans don’t seem to care about the lack of vacations: American individualism. As an American, your life mostly revolves around your work and thus, you must conform to your workplace work ethic. The second reason is job security. Let’s face it, there really isn’t such a thing as job security for anyone in the U.S. In other countries, once you have worked at a company for a period of time, it takes a king or president to dismiss you. Lastly, we have the big phenomenon that we must, must, must keep up with the Joneses, so if the Jones get a new cell phone, I need one too. Hopefully sooner than later, the Jones will start demanding their vacation time, and we will follow suit.

Quality of life is what it’s all about! It is the pursuit of happiness that differentiates the American culture from the rest of the world. This was clearly evident during an interview with a candidate for Local Concept’s Paris office. After an hour-long interview, I turned to the applicant and offered her the position with a salary that was 25% higher than what she was currently earning. I sat waiting for her to jump out of her chair with excitement and hug me while thanking me. Instead, she asked me a series of questions. “What time do I have to be in the office?” she asked. She continued with, “What time do I get off?” which was followed by “How far is the office from the Metro?” As I was in the process of answering all of her questions, she politely rejected my offer, stating “What’s important to me is that I work no more than 35 hours a week and that the Metro is no more than 10 minutes from the office.”

What if Americans had 43 days paid time off? What would they do with their extra time? Not much it seems! Is there a growing problem where there is an inability for Americans to just relax and enjoy life? Perhaps we need to take a hint from our friends across the world and learn to live a little… or a lot!